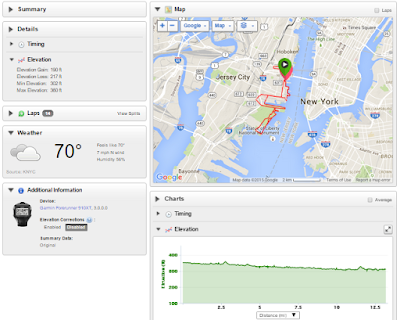 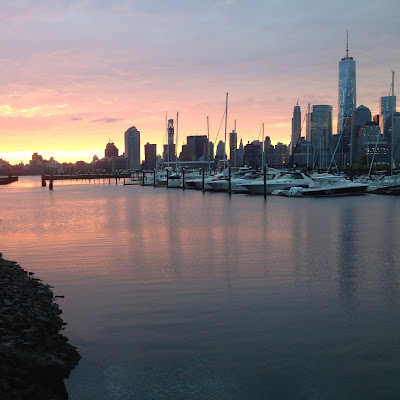 Running has taken me to beautiful places

My world was small. I've been a Long Island girl all my life with very little exposure to travel. Comfortable in my surroundings I hadn't ventured too far.  That was until I found running, My passion for it has taken me to other states and when that wasn't enough to another country. The world has become my playground and my eyes are wide open. I may have lost my appreciation for what is in my own back yard... New York.

I arrived to this race as the sun was coming up and after grabbing my BIB I was greeted by that awesome view. I'm far from a city chic but at that moment something struck me. There it was from a different preservative an opportunity to see it differently. 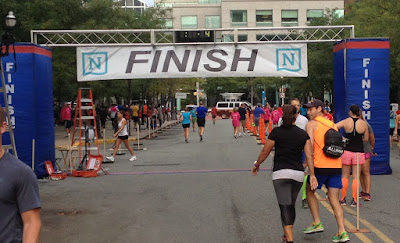 We were provided free parking at a convenient garage just a few blocks from the finish line. Plenty of porta potties could be found with attendants moving the line very quickly along. They took that job very serious and I've never seen a line move so fast. That's much appreciated.

The race although a decent size had a calm quite vibe about it. No fuss and PPU was very organized. Everyone just seemed to be buzzing around doing their job or pre-race rituals.
After the National Anthem we were sent on our way. I immediately noticed how well the traffic and intersections were controlled. I felt very safe during this race. There were EMTS and Police on bikes and  driving a little golf cart along the course with the runners. They even stopped and held the trains for us. The image passed around the internet of runners crossing over and through a train during a race came to mind. Glad that wasn't the case here. 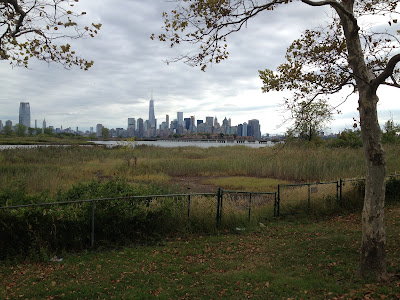 After a few miles of running through the streets of Jersey City we came to a beautiful park. As I looked across I could see runners following the paths with he backdrop of the Manhattan sky line and the Statue of Liberty.  Something happened in those next few miles. My perspective was changed and this hard barrier I had up for Manhattan crumbled. The view was beautiful and all that we have faced with living near the city raced through my mind. I imagined what people saw from this vantage point on 9/11. I was filled with a sense of pride for how far we have come and how far I have come.

Face fear head on! Do not let it ever stop you and you'll be forever changed! 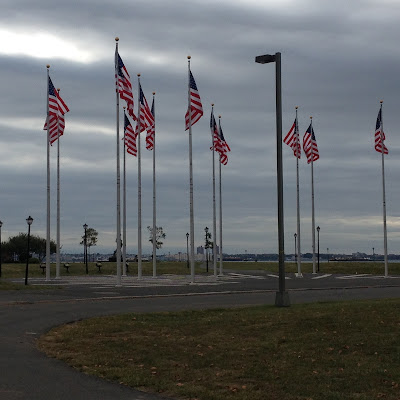 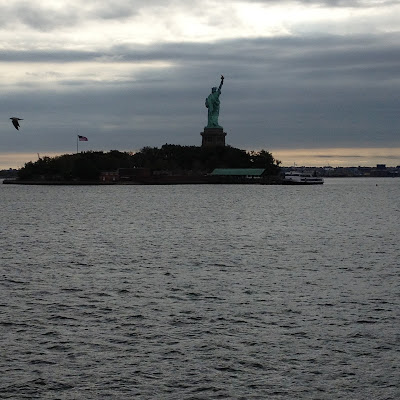 The amazing views seemed to never end. The aide stations were fulling stocked, frequent and well manned. This is a must do race!!! 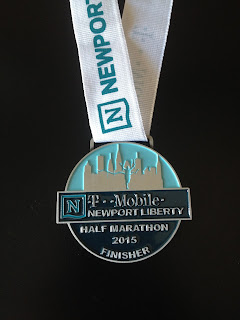