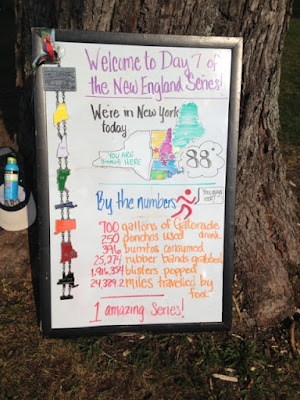 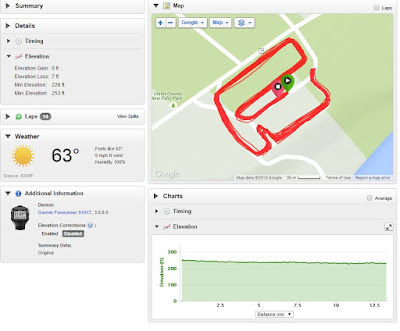 The running journey just gets better and better!

Mainly Marathons caught my eye while searching the internet for another challenge. They host series of races over several days.  You can choose a distance and run for consecutive days. It is a great event for 50 Staters, Half Fanatics, Marathon Maniacs and 100 Halfers affording the opportunity to rack up those finish lines quickly as they move to the next state each day. Hesitant to jump in feet first and dish out a ton of money to run 7 races in 7 days I found that they were offering ONE race free.  What do I have to loose right? So I sent in the application honestly thinking it wasn't going to go well.  Boy was I wrong on so many levels. A few days later I received my confirmation email.

Before the sun was up I arrived to the race and was conveniently directed to parking. No rush needed at all with ample space and volunteers directing us. Had I known I could of slept another 30 minutes. These races always have nice early starts, today was 6:00am. It is such a pleasure to run before the sun is baking down on you. Arriving an hour early in the dark the race crew was there set up and ready to go. 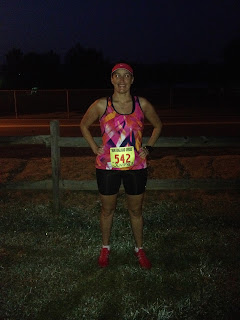 Yes after getting my BIB from a super friendly volunteer and looking around a bit I felt welcome and comfortable. I did have some concerns that joining this series on the last day I'd be a bit of an outcast. After all most of  these runners had run for 7 days together. They shared pre race meals, struggles, triumphs  and surely built bounds that will last a lifetime. Perfect little example of not letting any fear stop you because this was not the case at all. Runners and volunteers said hello calling me by my name which was written on my BIB by the race. It was as if I've know these people my entire life.

So that crazy looking Garmin map up there looks pretty wicked right? Ten laps for the half and twenty for the full. Think that's boring..NO WAY!  You go out then hit a turnaround come back to the finish then do it again. What this does is give a you chance to see everyone head on face to face many times. The enthusiasm, support and inspiration is unrivaled to any event I've done.  Everyone calls out each others name with good wishes and cheers. For that moment they are your best friend routing for you!

For many it's not about speed. It's about pushing the limits and doing what others say they can't. It's about getting up before the sun everyday and lacing up the sneakers even when you are tired and hurting. It's finishing what you started! 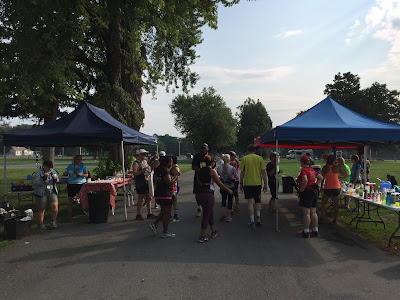 The venue was perfect. It provided us with real bathrooms..no lines. There is camping available and showers.  Darn it I knew I should have bought that RV I've been looking at! 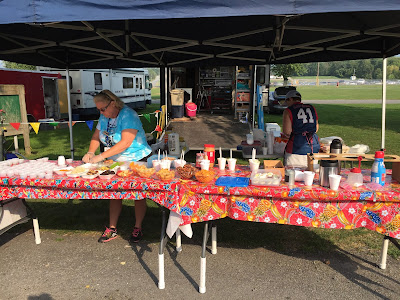 The race set up two nice aide stations one with food and the other with drinks. Remember you are passing these about every mile as well as bathrooms that are located in the middle of the route. You can hit those every half mile. 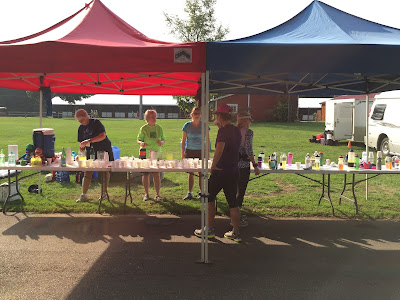 This is an event that welcomes people of all abilities with NO CUT OFF TIMES. We had a world record holder with 1500 Marathons completed among us! There were walkers as well as speedy runners. Young and old where out there logging miles. Our sport has no requirements and I love that. Here at mainly Marathons it is never more clear.

The 100 Half Marathons Club very own David completed his 150th half marathon at this race. We are so proud of you! 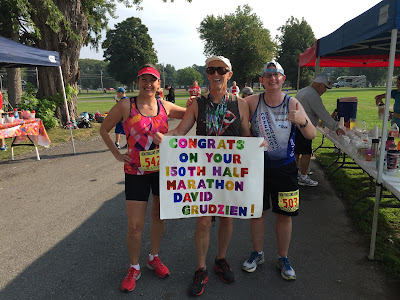 All victories were celebrated that day! Form first 5k's to 7 Marathons in 7 Days. What an amazing group of people and race director to not only provide runners with this opportunity but to set the tone for the event. I can not say enough that a RD's personality and feelings about running trickles down through their events.
Thank you Mainly Marathons and everyone involved in this event for yet once again showing me so much more what running has to offer. Days like this change me! 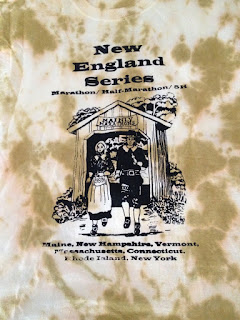 A cool thing about these races is that their medals build each day. Having only done one I can't really do it justice but each day the next state is attached to the bottom making it longer. You can see it hanging on the board in the first picture. 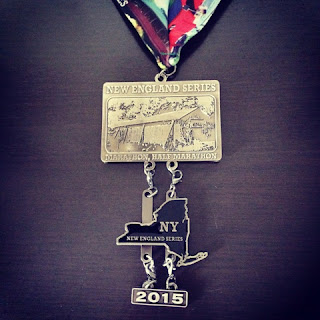