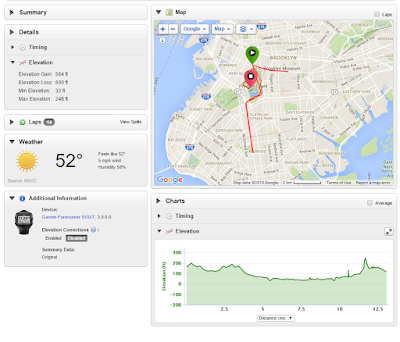 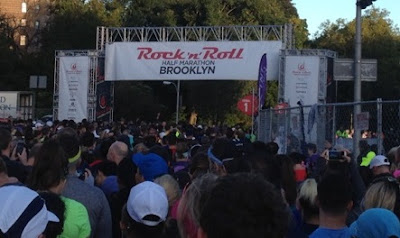 I had no idea when I registered for this race things would line up as they did.

I am the person who registers for races as soon as they open. The early bird pricing really helps and I like to have my calendar planned and full. I set goals every year and while I play the number game I'm always fully aware that any thing can happen so I don't get to attached to any plan. This year I knew I would need something else after my first ultra so the goal was to hit 40 half marathons in the year I turned 40.

As luck would have it Rock n Roll Brooklyn would be number 40. Why was I lucky that this was the goal race?

(1) My PIC (running partner in crime) Alicia Delano was also running it.
(2) I had just secured a partnership with RnR and the 100 Half Marathons Club
(3) Our member Jim Diego would be singing the National Anthem
(4) My running slump of extremely slow times was finally turning around

I was also grateful to be running close to home and looking forward to seeing more friends. What I didn't realize was even with the race being in Brooklyn I'd have to leave at 3:30AM. That's earlier than I've left for races 3 hours way. 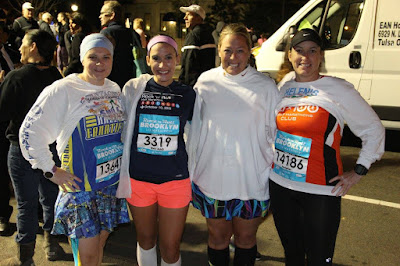 Alica and I have traveled together for many races and thankfully we are both early birds. It's not suppose to be stressful right?  After driving around a bit we found a free parking spot about 1.5m from the start. We walked a bit and met up with Gigi and more friends. We are all extremely lucky to have Jeff  hold our things so we can avoid the back check. RnR seemed to plan a bit poorly for the baggage because while they had plenty of trucks with no lines they were located way to far from the start. That defeats the purpose if you still have to walk far in the cold. 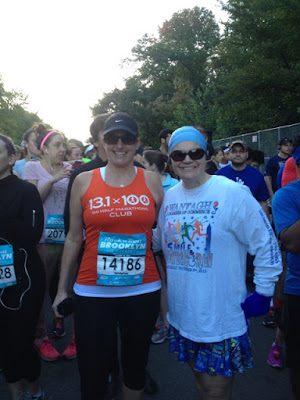 We then made our way into the corrals to find there were only four porta potties per corral and none in the last few corrals.  How could such an experienced racing company make this error? Talking with other runners who have run several events with RnR they had never experienced this before.  Thankfully the race started very late so we made it to the start on time. I did hear stories of runners starting 45 minutes late due to bathroom lines. What gives RnR? 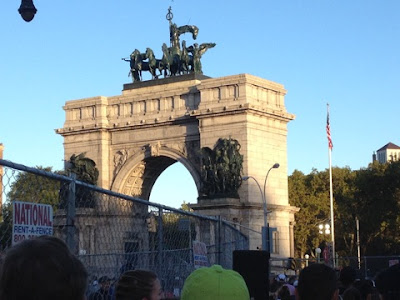 We took off and I fell into my rhythm. It was great to feel my body moving as it had before..it remembered. Yes thing still hurt. The knee that's been bugging me kept reminding me of all the miles I've run in the pursuit of my goals. Numbness in my foot would continually build an become so painful I'd have to stop and shake it out every 2-3 miles. However I felt my endurance was back and I was moving much faster than I had for the past 5 months. Apparently those ultras I ran had changed my mind set, taken their toll and slowed me way down.  I didn't mind for awhile but it is time to reset.

The course offered some nice points of interest, sporadic areas of spectators and a band or two. Water and Gatorade was available often enough.

While not my fastest half marathon I finished in a time I hadn't seen in along time.  That list mile was extremely difficult on an emotional level. It was finally here the 40th finish line this year. Part of me wanted to just stop and not cross it knowing this journey would be over. I'd have to set a new goal. Then I laughed and remembered I already have another goal and place so run baby run.

This year is not even and I have no intention to stop running half marathons. Let's see how far I can take this. 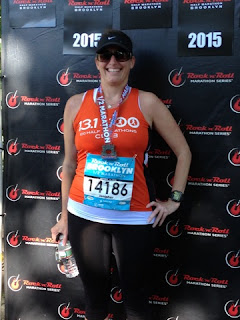 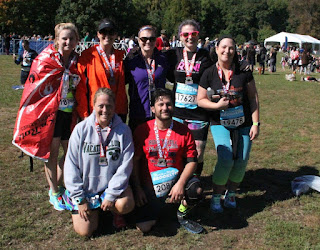 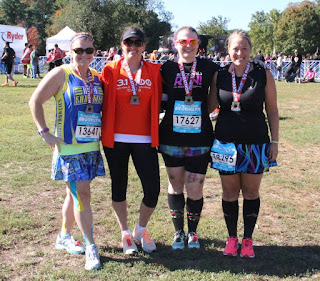 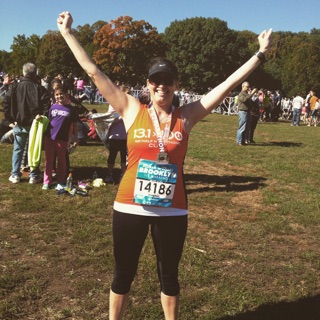 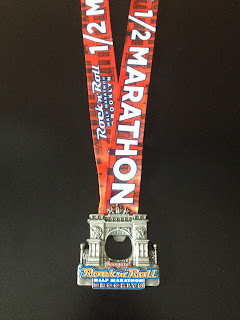